Port Vale booked their place in the League Two play-off final by beating Swindon 6–5 on penalties after a 2–2 aggregate draw in the second leg at Vale Park.

James Wilson, who had scored the Valiants’ last consolation goal in Sunday’s first leg, scored the game’s only goal (8) after an inexplicable error moments earlier.

With Swindon unable to respond, his goal forced extra time, during which Vale boss Darrell Clarke was sent off after an altercation with Town captain Dion Conroy on the touchline.

However, with no winner to be found in the 30-minute extra period, a shootout ensued and after Mal Benning fired for the hosts, Ellis Iandolo fired his penalty over the crossbar to send Vale to Wembley, where they will meet. to Mansfield for a place in League One next Saturday.

How did the shooting unfold?

Port Vale scored late in the first leg and from the first whistle it was clear they were looking to carry that momentum straight into the second with aggressive pressing that put Swindon under the baton immediately.

They would also have been rewarded for their intensity had Wilson not managed to miss their connection on a downward header on their way, which he proceeded to send wide of the right post from two yards out. 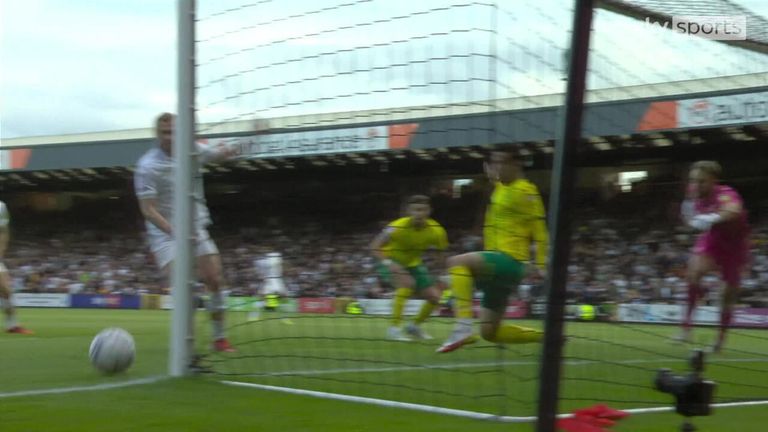 It’s one that James Wilson will want to quickly forget, as he missed from 2 yards out for Port Vale.

At the other end, Swindon were denied a penalty despite Benning appearing to handle a Mandela Egbo cross from the right and within seconds Vale scored his well-deserved first goal as David Worrall squared for Wilson who swept in. the second post.

The Valiants nearly took the lead in the tie when center back Nathan Smith showed his striking prowess and smashed a shot into the woodwork, before Kian Harratt broke through the visitors’ defense once again and lobbed a ball wide. . post, which Iandolo spun behind before Wilson could jump. 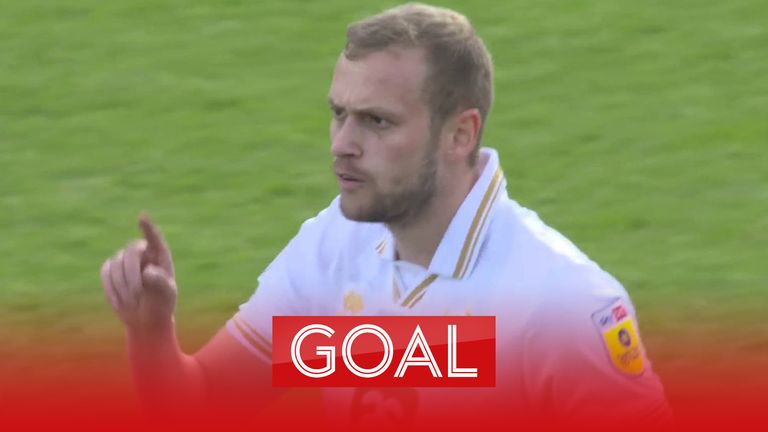 James Wilson redeems himself for Port Vale, scoring the first goal of the night and leveling the tie

Whatever Ben Garner said in his halftime speech seemed to buoy his players, who returned to the pitch stronger. The chances, however, did not follow. Mathieu Baudry leaned back and fired a spinning ball over the bar, while Egbo and Jonny Williams swerved wide.

That was, essentially, the sum of the action in what was a cautious second half, which meant there was another 30 minutes on the horizon. There was drama in the first five as Clarke came out of his technical area to try to stop the ball boy from throwing the ball to Conroy, before facing the defender, forcing referee Seb Stockbridge’s hand. 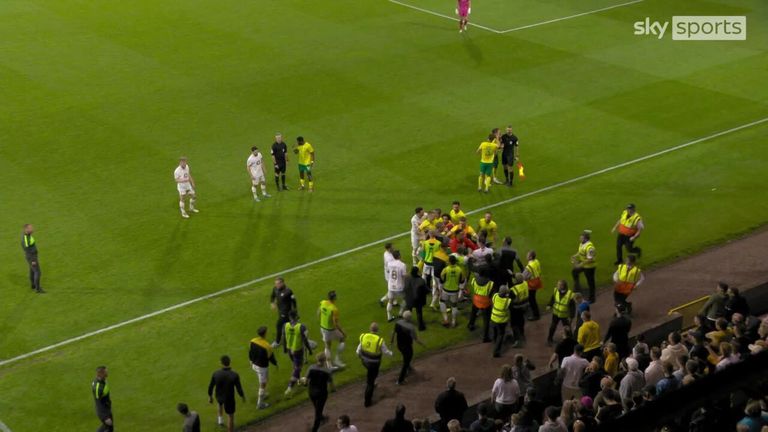 Neither team managed to find a tiebreaker, which sent the tie to the penalty shootout draw. After Benning fired to make it 5-5 in sudden death, Iandolo stepped forward to keep Swindon alive, but failed to do so as he went over the bar to seal the Robins’ fate.

Port Vale take on Mansfield in the Sky Bet League Two Play-Offs Final at Wembley Stadium at 4pm on Saturday 28 May, in a match live on Sky Sports Football.

Meanwhile, Swindon will remain in the fourth division for 2022/23, which begins the weekend of Saturday 30 July.